When Afrika Mohapi was left unable to speak after a terrible car accident, no one could ever imagine how far he would come… 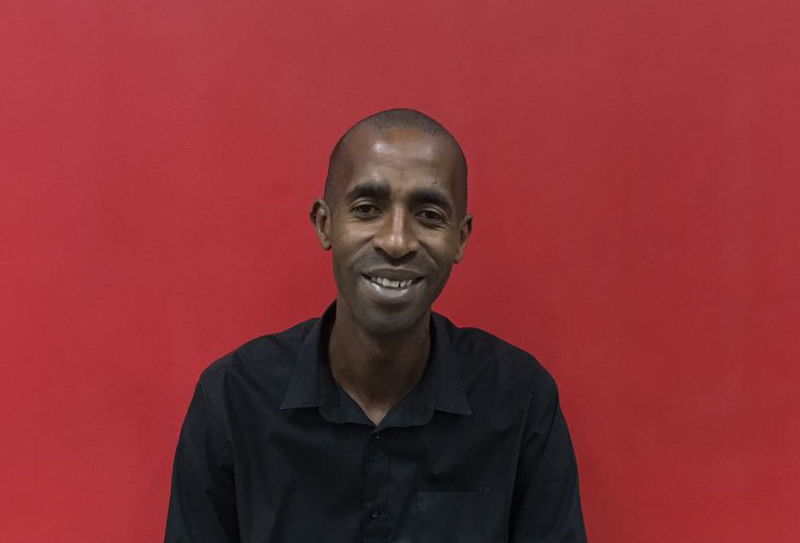 In 2015, Sparrow FET student Africa Mohapi was involved in a serious car accident that almost killed him and left him hospitalised for 2 months with no ability to speak  and severe brain injury. It was uncertain at the time, whether or not he would be able to lead a normal functioning life again.

This was not the 1st time Africa experienced a huge obstacle in the way of his life and career. In 2006, Africa landed his dream job working for Edcon Limited – the retail company based in Johannesburg, where he was involved in Talent Acquisition for the Human Resources Department.

‘I chose to study and pursue a career in HR, as I love to interact with people and help them to solve work related issues.’

For seven years, Africa thoroughly enjoyed his work at Edcon; he was involved with assisting the manager, auditing, training and interviews. However in 2013, when the company was struggling financially, Africa was retrenched.

For two years, Africa was unemployed and he spent his days applying for jobs and attending interviews but the work he was offered was through agencies, which meant work was based on commission, rather than a salary, so it was not a secure way to earn a living.

In February 2015, Africa was flung out of the passenger seat of the car and suffered severe brain injury, which left him unable to speak and bed bound for 2 months. Yet it was not only his head that was hit. Africa’s confidence took a severe knock; he felt unsure of his abilities and was clueless about what to do next.

It was Africa’s Speech therapist who informed him about Sparrow Schools’ FET College and encouraged him to apply. In November 2015, Africa started the I.T. End User Programme. Although he struggled during his first month at Sparrow; with the help of the facilitator, Mr Banda who engaged and supported Africa, he slowly settled in and his confidence grew.

‘’I was learning new things everyday and things were slowly turning around.”

After completing his six month theory at Sparrow FET College, Africa was placed at the Spar Central Office and he has just completed his six month work experience placement. The success of Sparrow’s FET model is combining the theory with the practical work experience; Africa was able to apply everything that he learnt at Sparrow to the workplace setting, including creating templates and spreadsheets for Spar’s HR department.

“I would advise anyone who is unsure whether to apply to Sparrow FET College, to go for it! It is so important to combine learning and work experience and Sparrow provides so many opportunities. I would not have ended up working at Spar if it had not been for Sparrow FET College.” 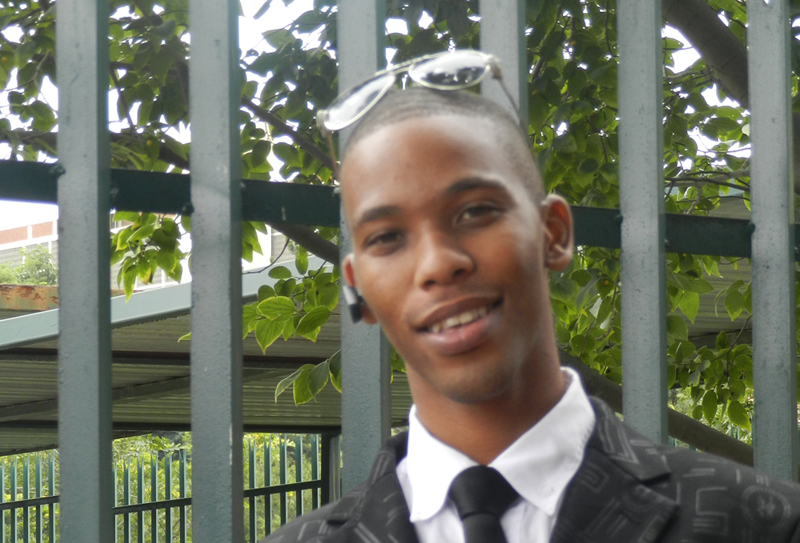 A few years ago Tyrone Miya walked through the gates of Sparrow Combined School as a directionless, rowdy and angry 18 year old who had been constantly in trouble at school.  Now he is well on the way to his dream being an international under-water welder.

Reflecting on his journey at Sparrow Schools, Tyrone is grateful for his teachers’ patience and faith in him. He doesn’t believe any other school would have tolerated his behaviour. The turning point came when he lost a close cousin to gangsterism, a route he had chosen for himself.

When he completed his Consumer studies at Combined Schools, Tyrone enrolled on the Welding Application and Practice NQF Level 2 Learnership Programme at the Sparrow FET College. He worked hard, juggling his training with part-time work for the South African Police Force (SAPF). When he completed his studies and work experience, he was given the chance to pursue his dream: the SAPF offered to pay for a one year course Hyperbaric Welding in Cape Town. At the end of this course he will have the option to work as an underwater welder in the National Defence Force or South African Navy.

Tyrone is a bit anxious about the move to Cape Town but is looking forward to the independence it will bring too. He is determined to work hard and sees the move as a pre-run for the many international trips to follow. 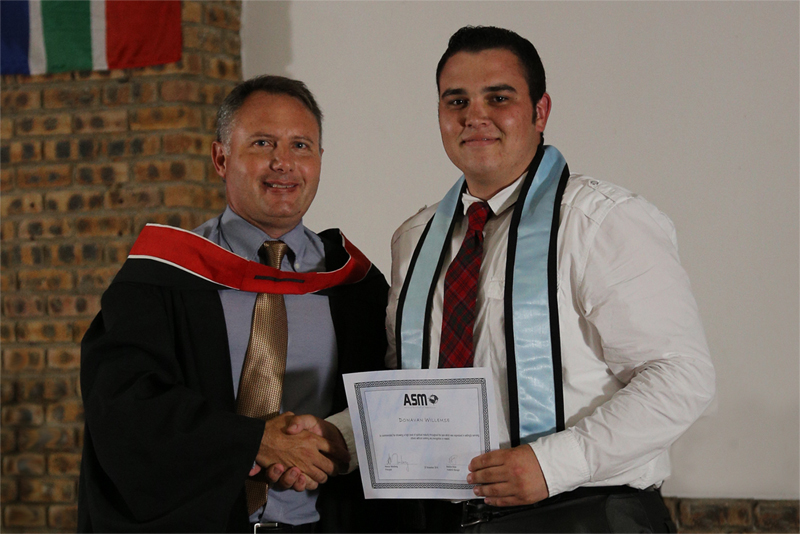 In the spirit of celebrating and reflecting over the past 25 years, Sparrow has vowed to catch up with its past learners.

During the time that Donovan Willemse was Head Boy at Combined School he was selected to represent the Gauteng region in the 2012 and 2013 Children’s Parliament. This forum debated on social issues such as access to services and harmful cultural practices and it was a remarkable achievement and honour for Donavan to be elected.

We caught up with the young leader at the Africa School of Missions (ASM) where he is studying ‘Be Prepared’ for one year, and from there he will go on to  study at North West University. The programme covers various academic, theological, ministerial and counselling skills and is designed to prepare him to become a Minister. Daniel Grant, Student Affairs Supervisor at ASM describes Donavan as an inspirational student who takes his studies and spiritual growth very seriously.

Donavan’s current role as Student Council Representative and his sense of involvement come as no surprise to his old Combined School teachers; they recall his being one of the most involved and natural leaders they had ever seen at the school. Speaking of his days at Sparrow, Donavan says that, besides the continuous opportunities that were handed out to him from Foundation to Combined Schools, the teachers groomed him to be a believer in his dreams.

“I got an amazing education from Sparrow which left me with so much knowledge and compassion. The school worked on my self-esteem and prepared me for where I am now”. 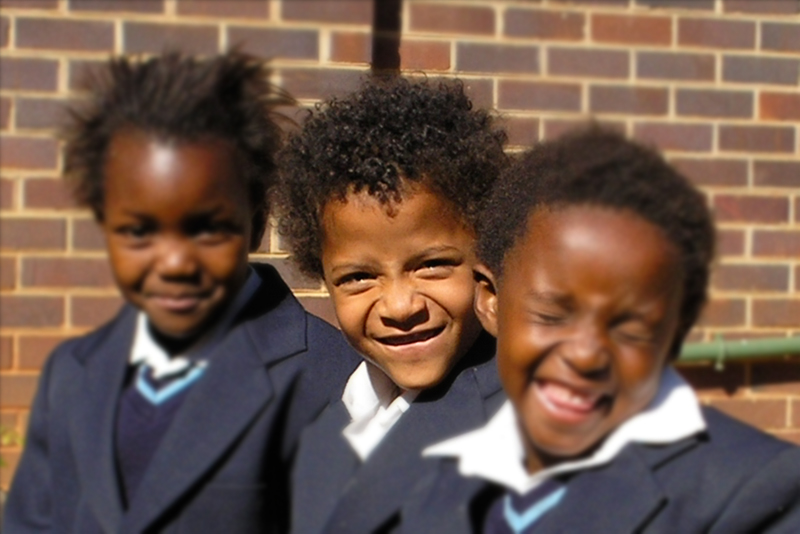 South Africa has come a long way in trying to undo the effects of apartheid on our education system. We have just celebrated 20 years since the dawn of democracy yet disparities still persist and many remain excluded from the system. Many children and youth do not have access to education and live in dire conditions. Many who do have the privilege of getting access to education continue to be plagued by crime, poverty, and a lack of early childhood development support, hence the high dropout rates in our country.

A child’s early years are important for development and laying a foundation. Many studies have been conducted which prove that effective childhood development yields “academic achievement, behaviour, educational progression and attainment, and labour market success,” in the later stages of one’s life.

At age 15, young Ashley Magutshwa has not allowed his circumstances define him. When he joined Sparrow Schools from the Ikageng Itireleng Ministry orphanage home, he had difficulties learning. Magutshwa and his sister were left stranded after the passing of their grandmother and were taken in by the orphanage home. He later found the perfect home in the Sparrow Foundation School. Through the multifaceted team of therapists from the Learner Support Unit offered by the school, Ashley has risen above his circumstance.

Eight years since joining the Sparrow Foundation, Magutshwa is now an active ballerino at the Johannesburg Theater. He is also a drama student at the National School of the Arts. He has featured in various plays including Cinderella and received numerous certificates. The 15 year old from Soweto now holds regular ballet classes for kids in his community on weekends.

The young ballerino dreams of travelling to the United States after matriculating to pursue his dancing career. He has ambitions of spreading his wings, venturing into business and having his own family one day. He is testament to the fact that it is not where you come from that will determine your success. It is what you do now that will determine where you go.

A video showing a day in Ashley’s life shot in 2014. If you cannot view it on your browser, here is the YouTube link. 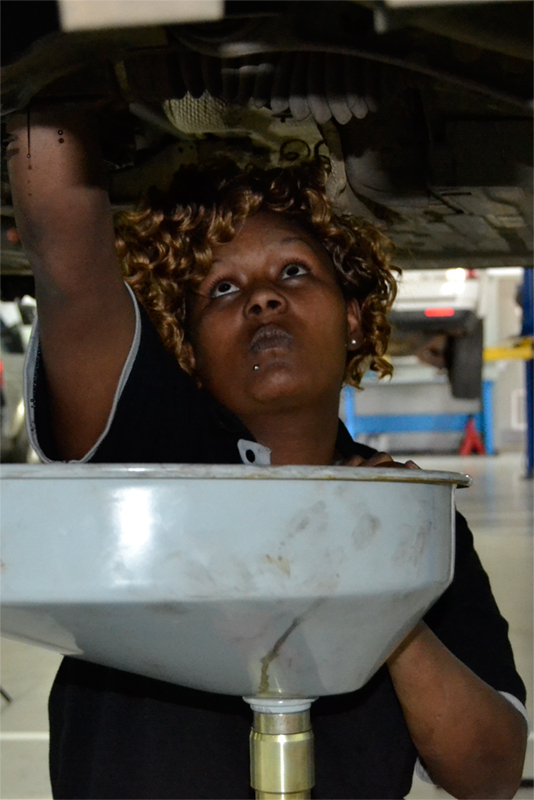 Being the optimists that we are at Sparrow Schools we see opportunities in all difficulties. Through our partnership with industry we continue to champion the fight against unemployment and helping young people overcome difficult circumstances.

Sparrow FET Automotive Repair & Maintenance graduate, Vernolia Breede was forced to drop out of school when she fell pregnant at a young age. Things got worse for her when she was hit by the harsh realisation that she would have to raise her baby as a single mother. Realising that she cannot just sit at home and wallow in despair, she heard about Sparrow FET’s Automotive Repair & Maintenance program and enrolled in 2014.

Not only has Breede thrived in this male dominated automotive industry, she managed to be one of the two students from a group of 26, selected to serve as an Apprentice for Lazarus Motors.  “I grew up tough so coming into this industry and adapting was not much of an issue. I know that if a man can do it, I can do it too”, Breede confidently says.

Breede’s life has improved dramatically since joining the Sparrow FET College. She adds, “looking at my baby grow up is also what motivates me and pushes me to be someone better.” She has her eyes on working her way up to becoming a Senior Adviser in the next 5 years.

Breede is one among many graduates who have risen above circumstance and turned their lives around. At Sparrow Schools, we aim to offer practical solutions to South Africa’s socio-economic challenges. We have programs and strategies which have proven to be effective in helping eradicate poverty and unemployment one step at time. We remain true to our mission to prepare children and youth living with learning difficulties to become income generators. We do this through comprehensive education and vocational skills training.

A video to a TV Interview on Vernolia, if you cannot view it on your browser, here is the YouTube link.